Local OC angel investors recently realized a 15x return from a 2003 investment in CaseStack thanks to its $255 million sale to Hub Group, Inc.. 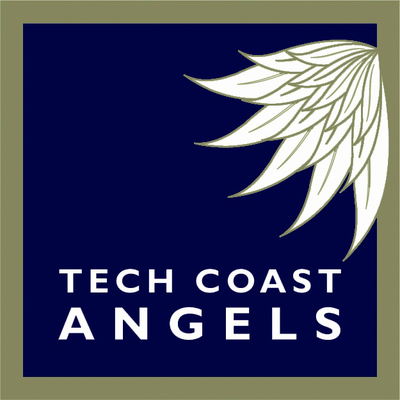 This successful exit was unique in many ways: the exit had a very high return (15x); the length of time to exit was nearly 15 years from the time of initial investment; and CEO/founder of CaseStack continued to shepherd the company from founding through to acquisition.

“CaseStack had created a SaaS model that was a perfect match for customers–and creating customers–well before SaaS was a trend,” said Bill Collins, co-deal lead and TCA long-time member. “Small but successful consumer companies like Celestial Seasonings and Hansen’s Sodas could manage their logistics without having to purchase and maintain software. What we saw back in 2003 was a unique, effective solution to a problem: one that would elevate to hypergrowth with an estimable answer for an emerging customer base.”

Collins and the late Bill Hahn, co-deal lead, articulated the expected hypergrowth, and the pair successfully explained CaseStack’s uniqueness and its expected customer base upsurge to other TCA members and investors for the Series A Round of $470,000 in 2003. The company went through additional funding rounds over the 15-year period, and also spun off another company, SupplyPike, that has an annual revenue of $2.0M, from which the initial investors benefited.

The average angel investment-to-liquidity time is about seven years. Although CaseStack continued to thrive, grow customers, and succeed for 15 years between investment and sale – including topping Deloitte’s Fast50 list – this deal was also an exercise in patience. The majority of angels and VCs were surprisingly patient for the duration. Collins credits CaseStack’s founder and CEO, Dan Sanker, as well as Hahn.

“Dan Sanker inspired confidence and showed fortitude. Sometimes investors don’t believe founders can go the distance, but Dan is unique: he has the right mix of passion, the insight and the leadership skills,” said Collins. “Bill [Hahn] continued to be an incredibly good liaison: as an observer on the CaseStack Board of Directors for twelve years, he regularly communicated developments and progress to the investors.”

“It was always a pleasure working with the Tech Coast Angels,” said Sanker. “TCA is one of the best organized groups and almost all of the participants are involved for the right reasons and have robust business backgrounds. They truly understand how to grow businesses.”

Tech Coast Angels is one of the largest and most active angel investor networks in the nation, and a leading source of funding for seed-stage and early-stage companies across all innovation industries in Southern California. TCA members are accredited investors who individually invest in startup companies. Companies go through well-structured, transparent, and time efficient screening and due diligence. As founders and executive-level business leaders, TCA members provide companies with more than just capital; they also contribute counsel, mentoring and access to an extensive network of investors, customers, strategic partners and management.

TCA is a catalyst in the growth of the thriving Southern California entrepreneurial ecosystem of innovation. A recent Halo Report rated TCA as #2 nationally in a number of funded deals, and a recent analysis by CB Insights ranked TCA #1 out of 370 angel groups on “Network Centrality” and #5 overall in “Investor Mosaic.” Since its founding in 1997, TCA has invested over $218 million in more than 380 companies and has helped attract more than $1.66 billion in additional capital/follow-on rounds, mostly from venture capital firms. http://www.techcoastangels.com

Congratulations and thanks to CaseStack, Hub Group, and TCA for this great news, and for sharing the information and logo above.