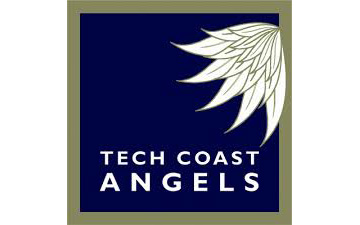 IRVINE, CALIF. (PRWEB) MAY 03, 2019:  Tech Coast Angels (TCA) today announced that two of its portfolio companies, GrandPad and Aquacyl, were among the three finalists for the esteemed Luis Villalobos Awards at the Angel Capital Association (ACA) Summit on April 25, 2019. The award, named after Tech Coast Angels’ founder Luis Villalobos, recognizes the very best companies of those backed by the over 200 angel groups that comprise ACA.

Dr. Richard Sudek, chairman emeritus and a long-time member of TCA, presented the Luis Villalobos award to the winner, Joylux, a FemTech company based in Seattle, Washington and nominated by Alliance of Angels, also based in Seattle.

“It is not every year that Tech Coast Angels’ companies are recognized by the ACA for Luis’ legacy as a luminary of angel investing,” said Dr. Sudek. “To have two companies as finalists is a privilege, and I think Luis would be so proud of all of the finalists – and intrigued by how innovative and disruptive these startups are. He worked tirelessly on finding ways for the angel investment community to work together to fund the most innovative ideas.”

The TCA portfolio companies selected as finalists from a field of 50 nominations by over 30 angel networks were:

“Aquacycl is truly honored and humbled to be selected as a finalist for the 2019 Luis Villalobos award,” said Orianna Bretschger, CEO of Aquacyl.” The support that Aquacycl has received from the Angel investing community has been transformative in a multitude of ways. We are grateful to have had the opportunity to share more about Aquacycl with the greater ACA community and to meet so many amazing entrepreneurs, innovators, mentors and thought leaders.”

GrandPad: a tablet designed for connecting aging adults with their families and caregivers, providing a simple yet secure solution without the frustration.

"GrandPad was thrilled to be among three finalists being honored for ingenuity and creativity," said Scott Lien, co-founder and CEO of GrandPad. "The Luis Villalobos Award is a testament to innovation and growth, and we were honored to be recognized.”

Tech Coast Angels is one of the largest and most active angel investor networks in the nation, and a leading source of funding for seed-stage and early-stage companies across all innovation industries in Southern California. TCA members are accredited investors who individually invest in startup companies. Companies go through well-structured, transparent, and time efficient screening and due diligence. As founders and executive-level business leaders, TCA members provide companies with more than just capital; they also contribute counsel, mentoring and access to an extensive network of investors, customers, strategic partners and management.

TCA is a catalyst in the growth of the thriving Southern California entrepreneurial ecosystem of innovation. A recent Halo Report rated TCA as #2 nationally in a number of funded deals, and a recent analysis by CB Insights ranked TCA #1 out of 370 angel groups on “Network Centrality” and #5 overall in “Investor Mosaic.” Since its founding in 1997, TCA has invested over $218 million in more than 380 companies and has helped attract more than $1.66 billion in additional capital/follow-on rounds, mostly from venture capital firms. http://www.techcoastangels.com