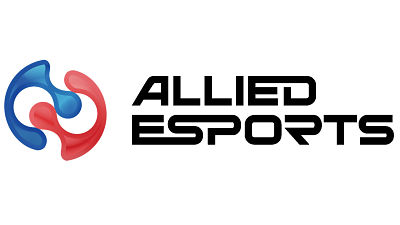 IRVINE, Calif. -- (BUSINESS WIRE) -- TV Azteca, a Grupo Salinas company and the top sports television network in Mexico, and Black Ridge Acquisition Corp. (BRAC), a public acquisition vehicle, today announced that they have entered into a term sheet which would provide for TV Azteca to become a shareholder of Allied Esports, a global esports entertainment company, through an equity investment in Black Ridge Acquisition Corp..

As previously announced, Allied Esports and its sister company, the World Poker Tour®, both currently owned by Ourgame International Holdings Limited, will be acquired, once all applicable shareholder and regulatory consents have been obtained, by Black Ridge Acquisition Corp. to form Allied Esports Entertainment (the “Business Combination”).

Highlights from the term sheet include:

The relationship is expected to establish Allied Esports’ emergence in the Mexican market with a multiplatform approach designed to reach current esports fans and new consumers through TV Azteca’s extensive network.

“Continuing to expand our footprint around the world with likeminded leaders and innovators is imperative to our success, and we are delighted to partner with TV Azteca as we enter Latin America with a smart, aggressive plan,” said Frank Ng, co-CEO of Ourgame, owner of Allied Esports. “The Mexican and Latin American market presents incredible potential, and this partnership, featuring two first-movers in esports, entertainment and distribution, is a winning combination.”

In commenting on the new partnership, Benjamin Salinas, CEO of TV Azteca, added, “We are enthusiastic about our investment in Allied Esports and the prospect of joining forces to become the clear leader in the delivery of esports entertainment in the region. This relationship represents a transformational step for TV Azteca and for the millions of members of the esports community in Latin America.”

TV Azteca and Allied Esports will work towards developing Mexico’s first 24-hour digital channel dedicated to esports and video game culture. The companies intend to also work together to create and build a network of esports talent, with expertise across all game genres and titles and with experience in additional forms of entertainment.

The parties intend to collaborate on the design and buildout of a dedicated esports venue, with a concept similar to HyperX Esports Arena Las Vegas, that will be designated as a flagship arena for their growing esports footprint in Mexico. The companies also expect to develop additional regional properties for events and content production. The co-branded flagship and regional venues would join the Allied Esports Property Network, the first global affiliate program launched by Allied Esports in 2018.

TV Azteca and Allied Esports also intend to continue to expand their co-produced esports experiences, content and distribution partnership that was previously announced in May 2019 with the launch of the original series NATION VS NATION. The live event and stream, which took place at Foro Totalplay in Mexico City on May 14 and was Allied Esports’ first event and broadcast production in Latin America, featured 40 competitors in a USA vs. Mexico format playing PLAYERUNKNOWN’S BATTLEGROUNDS. The event broadcast in Mexico reached over 2 million consumers in the market.

Congratulations and thanks to Allied Esports for the information and logo!