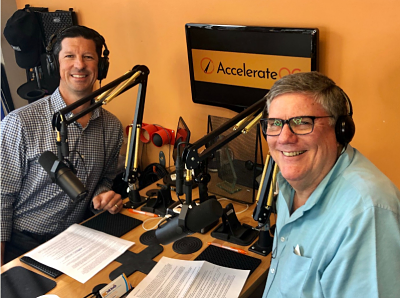 Over the last 5 years there, he’s firmly established the center as a key part of the innovation ecosystem here.

As well as connected it to the OC community and what he calls an “innovation district”, and accelerated UC Irvine’s efforts in commercialization of its research and IP, and created an entrepreneurial energy and activity at the school that’s at an all-time high. He also teaches entrepreneurship at UCI.

He was previously at Chapman University as both a professor of entrepreneurship and director of their entrepreneurship center. Prior to that Richard received a masters and PhD in Management from Claremont University. He’s a former chairman of Tech Coast Angels here and has made many angel investments. He was also a successful entrepreneur as CEO of Nadek Computer Systems.

He is a great example of a leader and key stimulator of innovation activity in Orange County.