On this episode of Accelerate OC, get to hear from Cary Breese and his journey from software engineer to insurance company executive to tech startup CEO, and his current venture, NowRx. 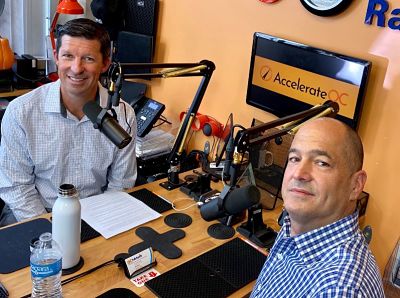 Cary is currently the co-founder and CEO of NowRx, a tech startup in the pharmacy experience industry.

Using improved logistics, intelligence and analytics, the company is saving the health care industry cost and improving patient adherence to prescriptions.  NowRx opened its first pharmacy in Northern California, yet is led by a team from Orange County.  Their latest one is about to open here.

Prior to NowRx, he was CEO at Genie DB which went after Amazon Web Services in the DB as a service (DBaaS) space.  He was also an executive at several insurance businesses, including a marine one he acquired out of a larger financial services firm.  He began his career at Lockheed Martin as a software engineer.

Cary is also a community guy here in Orange County and has been involved in youth sports and mentoring other entrepreneurs.  He is the model for the type of innovator we need many more of here – making things happen in his business and in the community.