Marinela Gombosev is currently President and CEO of Evoke Neuroscience, a medical diagnostic technology company focused on memory loss and other cognitive disorders.

They have twice been ranked in the Inc. 500|5000 fastest growing private companies. 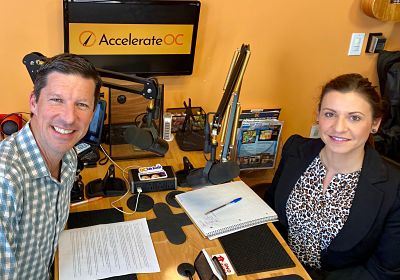 She described the company's initiative to create the equivalent of a "blood pressure cuff for the brain."

Previously she worked in other regulated industries outside of medicine (such as aerospace) in senior operational roles.  She’s been recognized for his leadership and achievements - named to the Hot 25 of Orange County influential leaders and innovators, and was inducted into the UCI School of Engineering Hall of Fame for her professional achievements.  She’s also been featured in a book as a renaissance woman, and is a big advocate of STEM education for today’s youth, as well as mentoring startup entrepreneurs.

Marinela is a current and future leader of the OC startup, tech and life sciences business community.