Tech Coast Angels is an important part of the Orange County tech startup ecosystem, and a Gold Sponsor of the OC Startup Council.

Enjoy this exclusive interview with Jim Pickell, Fund Chair for the TCA OC Fund 20, on behalf of Tech Coast Angels Orange County.  Read on to learn more about what they do and how their work is helping local founders and startup companies succeed in Orange County. 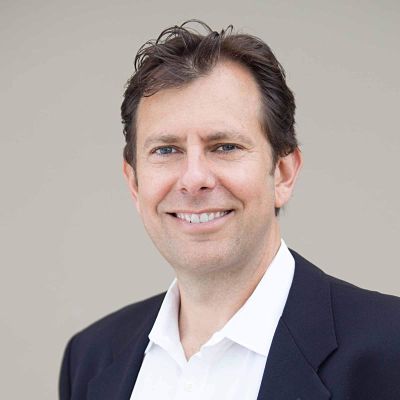 OCSC: Good morning.  Can you please tell us who you are?

OCSC: Can you tell us about the new startup investment fund?

Jim Pickell: Sure. I'd love to. TCA Orange County is announcing our first annual fund. Our target is to invest in 100-150 companies in 10 years, with approximately $30m invested over that time. Investing in the new fund is available to any accredited Tech Coast Angels member in any TCA chapter. The fund is annual.  Our intention is to deploy the entire fund each year and have a new fund for each following year. Our target number of funded companies will be somewhere in the neighborhood of probably 8-15 companies each year.

OCSC:  And what are the criteria for the companies you will be investing in?

Jim Pickell: That criteria is going to be defined on an ongoing basis by our members. However,  at TCA we typically  invest in pre-seed to Series A, early stage companies raising angel capital, for the most part in Orange County.  And yet through the Orange County network and the Tech Coast Angels network, we see lots of things beyond just Orange County as well. So the vast majority will be local startups. But we’ll also look at things beyond that geo.

OCSC: I know it's early days, but can you give any insight into perhaps a typical deal size or typical industry or typical type of company or location even?

Jim Pickell: Sure. I think that a $200,000 investment in a priced round, or occasionally a SAFE or convertible note, would be near our sweet spot. On top of that, our Members and other chapters come in for a total of somewhere between $500K to $1 million or $1.5 million, with valuations usually somewhere between $2 to $6 million. So, it's an attractive one-stop shop for founders raising capital.

In terms of deal types, we're already in due diligence with a number of companies through just the standard due diligence process of Tech Coast Angels. And my suspicion would be that one of those will be one of our first investments on behalf of the fund.

They tend to involve technology, but also include things like medical devices and life sciences and biotechnology—it could be anything from silicon to nanotechnology to internet technology, hardware, consumer products. It's more of an expansive definition of technology than one intended to limit our investment thesis. Our lack of rigid parameters and willingness to evolve is part of what keeps it interesting.

Jim Pickell: We see deals that not only come from our other chapters and from our other regions, too. So the Tech Coast Angels network is critical to the flow we see. As a result, we tend to see more deal flow near to our proximity. But we also see prospects from outside of California, and even outside of the United States, but international is more the exception.

OCSC: Why would a startup founder want to approach this fund for an investment?

Jim Pickell: Well, the great thing about the fund is unlike the experiences founders may historically have had with angel networks -- where they spend sometimes an extensive amount of time to raise what sometimes is not a whole lot of money -- we're going to make a commitment that the fund will make funding decisions in 30 days or less, sometimes even faster. And the ability to get a specific amount in terms of dollars up front is more available than when you're trying to wrangle multiple individual angel investors. So it's faster and there's more capital available through a fund than there is through a typical angel network.

OCSC: How does Tech Coast Angels think that the new fund will help the local startup ecosystem?

Jim Pickell: We are going to have more capital available to entrepreneurs in less time. I think we're also going to see higher quality deal flow come through. Because for a lot of entrepreneurs, the prospect of pitching a bunch of individuals is daunting. Whereas approaching a one-stop fund with additional capital coming in on top of that is more manageable and more efficient for them.

OCSC: How and why did you get involved?

Jim Pickell: For a number of reasons. One, I've raised angel capital before and I found it to be laborious, even though I was ultimately successful. Two, one of the biggest challenges for really innovative and disruptive companies and founders is the prospect of raising capital. And I want to try to make it more efficient. And finally, three years ago, when I first joined the TCA  (something I'd always wanted to do), I reached the conclusions that to make a few investments a year and achieve a diversified portfolio was challenging for angels in terms of the amount of time it required, to create a diversified portfolio, and to oversee each specific investment. Within my first six months with TCA my strong conclusion was we need a fund to do this more efficiently and to scale angel investing in Orange County and beyond. I think that the reason we're doing this now has a lot to do with timing. Because a lot of data has come to light in the angel segment. Angels are reaching similar conclusions, including our peers — the LA chapter and also the San Diego chapter of Tech Coast Angels both recently announced their own funds as well, with which we are closely collaborating.

OCSC: Okay. Last question. If a startup founder or CEO is interested in raising money from Tech Coast Angels, and this new fund especially, how should they contact you? Or where should they apply?

Jim Pickell:  Sure. There’s an application and further details on the Tech Coast Angels website for Orange County. It's highly efficient. We try to respond to that at most within a couple of weeks. It's usually much faster. This allows us to quickly determine whether you're qualified for a screening with both the fund and our angels. That's the best way to start. We have lots of companies interested in screening and our standards are selective and high. But it's not a long process. It's pretty quick. And I’ve found the application and screening help you gauge where you are as a founder. You can quickly get to a yes/no as often the worst answer is a “maybe” that hangs out there for months. With the fund it will even be faster.

Jim Pickell: I would say that Tech Coast Angels wants to make it easy for entrepreneurs to spend less time for more money and have access to a high caliber network that’s primary purpose is to help you succeed.

Thanks to Jim Pickell for sharing how Tech Coast Angels works with startups here in Orange County.

And, thanks to Tech Coast Angels for their Gold Sponsorship support of the OC Startup Council and our efforts to accelerate Orange County’s tech ecosystem.

To learn more about Tech Coast Angels, please visit their website at TechCoastAngels.com.