Top Reasons Why Growing a Startup is Far From Cheap

A Thought Leader Guest Post from Andrew Chen of Andrewchen.co:

Startups are cheaper to build, but more expensive to grow – here’s why:

Startups should be getting cheaper to build. 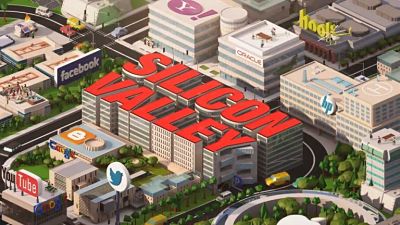 After all, the industry’s created several waves of innovation that’s supporting this across multiple layers in the stack:

Not only do a number of these trends make building new products cheap, in many cases it’s about driving the costs down to zero.

If we zoom just into AWS / cloud computing, you see how a massive amount of competition is leading to significantly lower costs – even some vendors giving away their services pro bono:

As cloud providers rush to build new data centres, and battle for market share, businesses are finding that the cost of putting their computing and data storage into the online cloud is getting ever cheaper. In the past three years prices are down by around a quarter, according to Citigroup, a bank; and further significant falls look all but inevitable. Some providers, such as Microsoft, have started providing their services free to startups, in the hope of turning them into paying customers as they grow. (Economist)

However, this is opposite of what’s happening. Instead, startups are raising more capital and burning more capital to get to their Series As. It might be cheap to build the v1 of your app, but getting traction is a whole other story. Compared to a decade ago, it’s getting more expensive to get traction, while at the same time, growth is getting harder from intensive competition, consolidation, and saturation.

Why costs are rising

There are two underlying reasons for the increasing costs: Salary/comp for your team, and growth has shifted more towards paid acquisition. While the former is obvious (especially to those paying rent in San Francisco), the second is...

Read the rest of this article at Andrewchen.co...

Thanks for this Guest Post and its graphics to Andrew Chen, of Andrewchen.co.