Why Now is the Time to Build by Marc Andreessen

An article we liked from Thought Leader Marc Andreessen of Andreessen Horowitz: 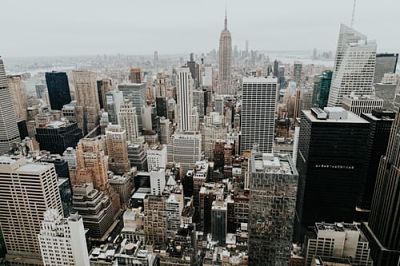 Every Western institution was unprepared for the coronavirus pandemic, despite many prior warnings.

This monumental failure of institutional effectiveness will reverberate for the rest of the decade, but it’s not too early to ask why, and what we need to do about it.

Many of us would like to pin the cause on one political party or another, on one government or another. But the harsh reality is that it all failed — no Western country, or state, or city was prepared — and despite hard work and often extraordinary sacrifice by many people within these institutions. So the problem runs deeper than your favorite political opponent or your home nation.

We also don’t have therapies or a vaccine — despite, again, years of advance warning about bat-borne coronaviruses. Our scientists will hopefully invent therapies and a vaccine, but then we may not have the manufacturing factories required to scale their production. And even then, we’ll see if we can deploy therapies or a vaccine fast enough to matter — it took scientists 5 years to get regulatory testing approval for the new Ebola vaccine after that scourge’s 2014 outbreak, at the cost of many lives.

In the U.S., we don’t even have the ability to get federal bailout money to the people and businesses that need it. Tens of millions of laid off workers and their families, and many millions of small businesses, are in serious trouble *right now*, and we have no direct method to transfer them money without potentially disastrous delays. A government that collects money from all its citizens and businesses each year has never built a system to distribute money to us when it’s needed most.

Why do we not have these things? Medical equipment and financial conduits involve no rocket science whatsoever. At least therapies and vaccines are hard! Making masks and transferring money are not hard. We could have these things but...

Read the rest of this article at a16z.com...

Thanks for this article excerpt to Marc Andreessen, Cofounder of Andreessen Horowitz.

Photo by Hannah Busing on Unsplash.