He is currently the CEO of KCOMM, a PR and marketing agency he started over 20 years ago. 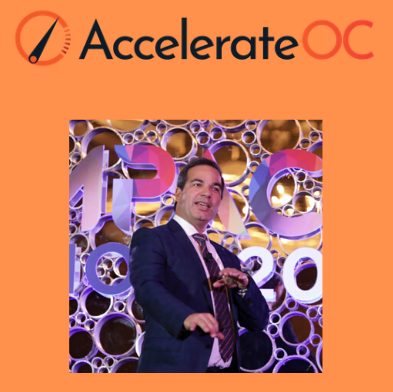 He’s worked with many of the largest and most prominent companies in Orange County, as well as some of fastest growing and innovative ones. Sinan also founded and is currently Chairman of the Internet Marketing Association, a global organization that connects and supports marketing professionals with leading experts, ideas and insights.

Sinan recently spun off a senior executive and leader group called International Executive Council, which brings together growth-minded leaders to learn and connect as well.

He has been awarded for many of his efforts - named 40 under 40 and a Featured Entrepreneur of the Year by OC Metro Magazine. A couple years ago as recognition for his philanthropic involvement, he was knighted and invited to become a member of the Royal House of Savoy by the prince. Last year he received the Ellis Island Medal of Honor for his work in non-profits, PR and marketing, an award that's also been given to folks like Dr. Oz and former Google CEO, Eric Schmidt.

He’s active at both Chapman University here in Orange County, and the Pepperdine Graziadio Business School.

Sinan is also a kindred spirit – he’s a huge cheerleader for Orange County and inspiring others to get involved and give back here.