Fred Haney joined Carey on Accelerate OC and class was in session. 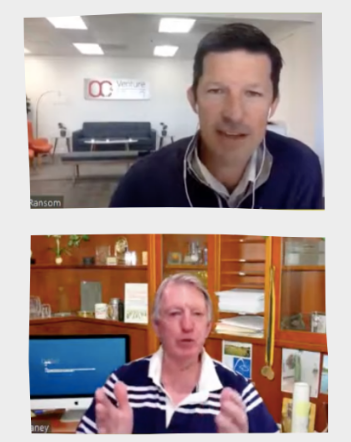 He covered some important points for startups, such as what makes a fundable startup, the importance of strong management teams, and even how entrepreneurs need to understand they are competing for investment dollars.

He is a private investor and venture capitalist, as both a fund manager and individual investor. He is also an entrepreneur, as a multiple time co-founder of companies such as NovaDigm Therapeutics, Dynamic Reconfigurable Computing and PulSentry. As a VC, Fred was the founder and manager of 3i Ventures, California, a subsidiary of 3i Group, which at the time was the largest Venture Capital company in the world.  Fred has served on the board of directors of thirty private companies and four public companies.

Fred wrote a book, The Fundable Startup, which describes strategies for giving your startup the best chance at raising capital, based on his many years of experience as investor and operator. He also founded Monday Club in the 1980s as a way to connect startups and investors, and he was a co-founder over 20 years ago of Tech Coast Angels.

Fred has a Ph.D. in Computer Science from Carnegie Mellon University.  He has been named a “Director of the Year for Early Stage Companies” by the Forum for Corporate Directors and a “Mentor/Angel of the Year.” He’s also former radio talk show host and frequent public speaker.