An article we liked from Thought Leader Dave Bailey:

The Anatomy of a Startup Organisation

The journey of growing a small group of founders to a company of hundreds or thousands of people is not as different as you might think. 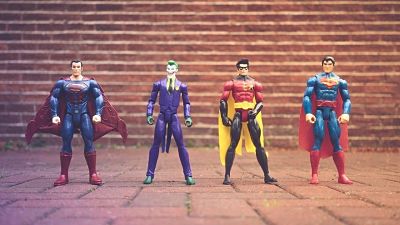 Ask someone at an early-stage company what they do and you’ll probably get the answer: ‘A little bit of everything.’

A lack of role clarity usually isn’t a problem when the team is small. Indeed, it can increase a team’s agility because problems can be implicitly assigned to the person who found them. It’s a bit chaotic, but it works.

As the company grows, so does the need for structure. Specialists come in to professionalise each area of the business, and reporting lines are drawn to ensure information flows up and down the organisation, enabling the CEO to remain accountable.

I’ve spent hours brainstorming different ways to organise my companies. I reasoned that every company was different, every organisation would be different too. However, I learned that org charts are more similar than you might think.

The ‘Standard’ Way to Organise a Tech Company

Yes, every tech company is different, but the organisational variations are relatively small.

This isn’t for lack of trying. Founders are a creative bunch and many have tried to find a better way to organise their companies, such as Zappo’s Holacracy, Buffer’s Horizontal Structure, and Valve’s Boss-free Organisation. However, to my knowledge, none have succeeded.

Here is a template that illustrates the typical org structure of a generic, medium-sized tech company. Your company is likely to be slightly different. For example, not all the roles may be relevant and others may be missing. Some roles might be combined and the reporting lines may differ (I’ve drawn all reporting lines to the CEO, to avoid the implication that one function is subordinate to another. Nine direct reports for the CEO is probably too many, but I’ll leave you to juggle that particular hot potato).

Let’s go through each part of the organisation together.

CEO: ‘Align the team around the mission’

The role of the CEO is to set the vision, build a great leadership team, and give them the resources they need to succeed. No founder starts as a ‘pure’ CEO — they start as an operator. Over time, they do more delegating to make space for strategic thinking, recruiting, team coaching, and managing key relationships with investors and partners.

Common dilemma: Is it possible for two co-founders to be CEO?

When there are just two co-founders, the term co-CEO might seem appropriate. After all, you’re sharing all of the roles, so why not share the CEO role too? However, as David Brown of Techstars says in Why Co-CEOs Are a Bad Idea for Early-Stage Startups, Almost Always, having two CEOs can eventually lead to power struggles, stalemates, and conflict. Some investors even make choosing a single CEO a requirement for investing.

Operations get the business model and the operating system to work together. The COO is often the CEO’s right hand, filling in where the CEO can’t. They typically lead all non-product operations, project management, and, in earlier-stage companies, functions like HR, finance, and legal.

Common dilemma: When is the right time to hire a COO?

For some companies, the COO will be a co-founder. Otherwise, you’ll typically want to hire one when...

Read the rest of this article at dave-bailey.com...

Thanks for this article excerpt and its graphics to Dave Bailey.