An article we liked from Thought Leader Aaron Dinin of Medium:

To Raise a Seed Round, Here Are the 3 Questions VCs Need Answered in Your Pitch

Understanding investor needs is the best way to successfully fundraise. 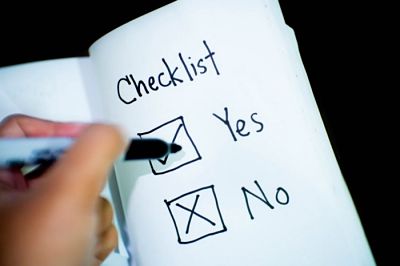 As a general rule of thumb, venture capitalists expect startups to take approximately 10 years after launching to reach a successful exit.

Additionally, startups that raise capital get their first institutional money — commonly referred to as a seed round — roughly two years into their existence.

As a result, a bit of simple math tells us there’s a gap of eight years between when the first venture capitalists decide to invest in a company and when their investments might actually succeed. That’s a looooooong time.

Sure, we can quibble with the exact timelines. We can also debate the names of the different funding rounds — seed, pre-seed, angel, Series A, etcetera. But none of that matters for the core point I’m interested in making, which is how difficult it must be for VCs to predict whether a very young company is going to become enormously successful.

Countless factors will impact a startup during the ensuing time between investment and exit, and a huge number of those factors are beyond anyone’s control. This includes business-related things like market conditions, technological advancements, and competition. It also includes geopolitical conflict, global health events (COVID, anyone?), and even whether or not an asteroid is going to smash into the planet. Though, to be fair, if an asteroid smashes into the planet, even the most demanding VCs will (hopefully) forgive their portfolio companies for missing end-of-quarter revenue goals.

From the perspective of venture capitalists who target early startups, the inherent unpredictability of the world makes choosing which companies to invest in an extremely difficult job. Simply put, VCs have to bet enormous amounts of money on opportunities with numerous unknowns and lots of uncontrollable variables, and that’s not an easy task.

Understanding this challenge is important for founders because it impacts how you should approach fundraising. Specifically, most founders think a successful fundraising strategy requires demonstrating a huge opportunity, but that’s not true. When pitching VCs, your job isn’t to sell them on the potential of the opportunity you’re chasing because, chances are, if they’re talking with you they already believe what you’re working on could be a huge business.

Instead of convincing VCs that an opportunity exists, your job is to remove as many unknowns as possible in order to prove your pursuit of the opportunity — i.e. your startup — has a better chance of succeeding than others. In the startup world, we call this “de-risking an investment.”

De-risking an investment doesn’t mean removing all risk. That’s obviously impossible. For example, no matter how incredible you are at pitching, you’ll never be able to assuage concerns about whether or not an asteroid will destroy all life on earth. However, by the time you’re pitching a VC for funding (as opposed to pitching friends and family or small angel investors), you should be able to clearly and concisely address the following three questions about your business that every VC will have:

Question #1: Does a real problem exist in the market?

Investors know this, and, when evaluating startup pitches, they’re looking for...

Read the rest of this article at medium.com...

Thanks for this article excerpt and its graphics to Aaron Dinin of Medium.