Tech Coast Angels (TCA) Orange County is pleased to announce its investment in EdTech startup Shoonya, which is pioneering the digital language learning industry for children. 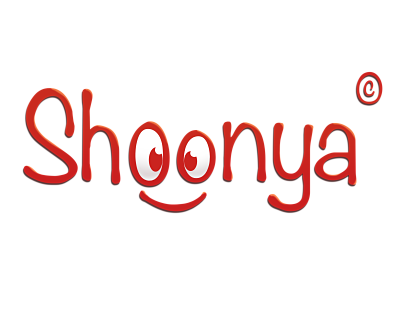 Appealing to a younger audience, Shoonya focuses on a child’s formative learning years to improve brain development and cognitive function. Whether a child wants to learn English, Spanish, or Hindi, Shoonya excites all young learners with interactive lessons and playful characters built for cultural representation.

"After witnessing great traction on our iOS app during the remote learning surge in early 2020, we decided to raise $300,000 to build our app on Android. Most of our current investors re-invested in this round, and we are excited to add Tech Coast Angels," said Shoonya CEO, Rashi Bahri Chitnis. “This is our second Seed Round after we raised an over-subscribed round last December. "

TCA OC member Jill Carpenter led the due diligence and negotiations for Tech Coast Angels members.  She added, "There was tremendous support for Shoonya's second round from both follow-on investors and new investors, who valued the positive traction in user and revenue growth, team excellence, and customer enthusiasm. The Shoonya app provides an easy to use, appealing, high production value entry into the fast-growing EdTech space."

The new investment in Shoonya was from TCA OC’s 2020 chapter fund.  A new pool of startup capital collected from TCA members, the fund’s goal is to invest in 15-20 new companies each year.

The goal behind Shoonya Kids is to teach children under ten their first 350-500 words in a new language through fun, interactive lessons that emphasize theme-based learning. With core principles of diversity, equity, and inclusion, Shoonya is committed to creating a digital platform with cultural representation for all children.

Despite the unique circumstances presented in 2020, Shoonya has managed to capitalize on the need for remote learning resources like never before. Through the help of impact investors, a specialized team, and CEO Rashi Bahri Chitnis' leadership, Shoonya has continued to see impressive growth in both their user base and their team.

"Shoonya was started out of my pain-point of wanting my children to learn my native tongue, Hindi, so that they could communicate with their grandparents. While there was great content for English, I found other languages lacked apps that offered both language education and cultural representation. Taking inspiration from Montessori’s sensorial approach to learning and combining it with my entertainment background, I started creating a Hindi-focused app. Today, we offer Shoonya Kids — a growing hub instilling a love for languages (we currently support English, Spanish, Hindi, Telugu, Gujarati, Punjabi, and Marathi with more to come) and cultures,” says CEO, Rashi Bahri Chitnis.

In the midst of the pandemic, overwhelmed parents turned towards quality apps that combine learning with entertainment, making Shoonya Kids a favorable platform. With the EdTech market growing exponentially, Shoonya is excited about adding newer modules and languages in the coming year for its children/ parent community.

Tech Coast Angels (TCA) is one of the largest and most active angel investor networks in the nation, and a leading source of funding for seed-stage and early-stage companies. The angel network is comprised of five chapters, consisting of over 450 members in Southern California. Every TCA member is an accredited investor, and companies in which TCA invest go through well-structured, transparent, time-efficient screening and due diligence. TCA members are founders and business leaders who have extensive knowledge in the investment process and world-class business practices, and thus are able to provide companies with more than just capital: they also contribute counsel, mentoring and access to an extensive network of investors, customers, strategic partners and management.

Since its founding in 1997, TCA has invested over $240 million in more than 435 companies and has helped attract more than $1.6 billion in additional capital/follow-on rounds. http://www.techcoastangels.com.