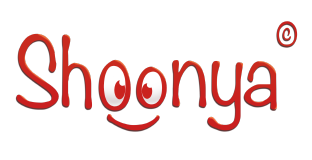 (Santa Barbara - May 28, 2021) Shoonya Kids announced today that Founder and CEO Rashi Bahri Chitnis has been named a winner in the 11th Annual Spirit of Entrepreneurship Awards. Presented by the nonprofit Women’s Economic Ventures (WEV), the Spirit of Entrepreneurship awards honor outstanding women business owners in Santa Barbara and Ventura Counties. Bahri was a finalist in the category of Science and Technology, alongside Courtney Love of Anacapa Clinical Research and Theresa Padilla Chaparro of Rakar Aerospace Corporation. The awards were presented in partnership with LinkedIn, JP Morgan Chase & CO., and other local partners in a virtual ceremony on May 21, 2021.

For 11 years, WEV has honored deserving women entrepreneurs who have worked hard to build businesses that impact local economies. Chitnis is honored to be recognized by WEV and to be in the company of so many amazing female leaders, including the 2021 Rock Star: Lifetime Achievement Award recipient and activist, Lupe Anguiano. “I feel truly honored to be named the winner in the 11th Annual Spirit of Entrepreneurship Award in the field of Science and Technology. It was truly an inspiring feeling to be among the 30 finalists and listen to the stories of so many outstanding women business owners,” Chitnis said. The event, which took place on Zoom, was attended by over 150 business leaders and community members.

News of this award came alongside the launch of the spring release of Shoonya Kids, which provides users with improved loading times and exciting new features. Shoonya’s latest release will provide users with the same beautiful illustrations and culturally representative characters that are a hallmark of the Shoonya brand, but with a new twist. Children can now earn points to use in a newly designed reward center as they explore the app’s animations and learn from a selection of languages including English, Spanish, Hindi, Marathi, and Telugu.

A Tech Coast Angels Portfolio company, Shoonya is proudly backed by local investors throughout Orange County and Southern California and owes a huge credit to Janice Hamlin, a marketing expert who has worked with Disney, Viacom, and Mattel.

Hamlin spotted Shoonya at a TCA Orange County pitch event and immediately saw the potential of the digital learning company. “I am truly grateful to Janice, for the amazing support and mentorship that she has given us. It was she that led our first round and brought us under the TCA OC umbrella. TCA OC is extremely well run and is an amazing place for entrepreneurs to gain ongoing support.” says Chitnis.

An Indian native living in Southern California, Chitnis created Shoonya in an effort to help her children connect with their roots and become global citizens. "Shoonya was started out of my pain-point of wanting my children to learn my native tongue, Hindi, so that they could communicate with their grandparents. While there was great content for English, I found other language learning apps lacked content that offered both language education and cultural representation. Today we have become a growing hub for the exploration of multiple
languages and cultures," says Chitnis.

Representation is at the heart of Shoonya’s mission and Chitnis used her extensive film and television background to put together a team of designers, engineers, and animators to create representative characters from across the globe to teach children the building blocks of world languages. All of the content in Shoonya Kids is designed to be representative of diverse cultures and teach cultural competency from a young age. A reward center where children can unlock traditional clothing from cultures all over the world keeps users engaged and coming back for more. Learn more about Shoonya at www.shoonyadigital.com.

Shoonya's mission is to create interactive edutainment content that is inspired by the stories and characters of the world. Our user base spans 5 continents with downloads in over 400 cities worldwide and has been praised by educators and parents alike. “A stunningly beautiful, culturally rich app for children to learn multiple languages & be exposed to other cultures,” says Prof. Dorothy Chun, a second language acquisition expert at UCSB. Every chapter in Shoonya Kids is designed with the World-Readiness Standards for Learning Languages in mind. This framework sets the standard of fundamental language requirements for children to achieve cultural competency and use their skills in real world settings. Shoonya is committed to producing the highest quality content in line with these standards and does so by partnering with linguistic experts and a diverse team of advisors in the field of education. Shoonya is available to download free for a one week trial in the app store, and is coming to google play in the summer of 2021. To learn more about Shoonya, visit www.shoonyadigital.com or check out our Press Kit.

Tech Coast Angels (TCA) has been consistently ranked as one the top five angel investing groups in the U.S., and has been fueling the growth of innovative companies and supporting
entrepreneurs since 1997. TCA identifies, mentors and funds early stage and start-up companies to help get their ideas to market, and where TCA members devote their time, expertise and capital to help companies successfully grow. TCA currently has more than 450 members consisting of experienced C-Level executives (CEO, CFO, CFO, CIO, CMO), owner/founders of small companies, senior executives, current and former entrepreneurs, venture capitalists, academicians, doctors, lawyers, and other professionals. TCA was initially founded in Orange County and therefore is its oldest chapter. Currently, there are more than 110 members of TCA OC. Learn more about TCA and TCA OC on their website.