An article we liked from Thought Leader Michelle Fox of CNBC:

Women entrepreneurs have long gotten a small slice of the venture-capital funding pie. 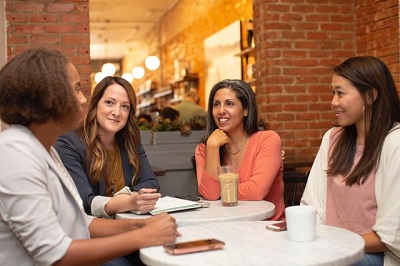 Female VC leaders are trying to change that.

In fact, opportunities abound for “wontrepreneurs,” said Julie Sandler, managing director at startup studio and venture capital fund Pioneer Square Labs, based in Seattle. She spends most of her time running the VC arm, PSL Ventures.

“First, the financing market for startups has truly never been more favorable to founders than it is today,” she said.

“Second, there has never been a moment in this generation that has created as much change or opportunity for innovation as what we are experiencing in the world right now, coming out of the pandemic.”

One of the challenges is the base of investors making the decisions, since many tend to invest in founders who remind them of other founders who have been successful, Sandler said.

“The problem is you have an entire industry that only invested in men, generation after generation,” she said.

“This is one of the reasons it is so important for diversity in the ranks of decision-makers in venture funds to accelerate.”

Only 13% of decision makers at U.S.-based venture capital firms with greater than $25 million in assets under management are women, according to All Raise.

Due to that disproportionate representation, women may need to change their way of pitching their business to VCs.

One of the most important things Sandler tells female founders is to...

Read the rest of this article at cnbc.com...

Thanks for this article excerpt to Michelle Fox of CNBC.