Irvine #1 City in the US for Active Lifestyles

An article we liked from Thought Leader Mirela Mohan on STORAGECafé: 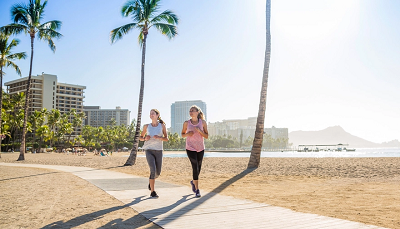 Leading an active and healthy life is a goal shared by Americans of all ages. This desire became even more poignant after spending almost a year cooped up inside and socially distancing during the pandemic. Besides your daily habits, where you live also carries immense weight in determining how active and healthy you can get, with some cities offering just the right mix of resources to help you find your inner runner or to simply get you to go for a walk.

While New York City and Boston might spring to mind when thinking about the quintessential active and walkable city – where keeping moving is often a must rather than an option – some other, less-hyped places around the US make it easy for residents to stay healthy by promoting an active lifestyle. The opposite also holds true, with some big urban hubs surprisingly offering less in this respect.

To find which cities offer an optimal mix of factors to help you reach your fitness goals, we started by looking at the 100 largest cities by population. We’ve analyzed cities based on several key indicators that foster an active lifestyle including venues for exercising, walkability, bike-friendliness, overall health, weather and natural conditions, including park space per capita, air quality index, days with precipitation, beach length and fitness club access and costs, as well as self storage costs – sports, biking and workout equipment is often kept in storage.

Western and Southern cities offer the best chance for an active lifestyle, with Irvine and Long Beach in the Lead

It’s true that rain and the cold can be a big turnoff when it comes to active lifestyles, as going out for a jog in Pittsburgh during the winter is a lot less achievable than in Miami, but sustainable urban infrastructure and indoor amenities can make up for weather-related drawbacks. In fact, Pittsburgh boasts the largest number of indoor fitness venues in the Northeast. Let’s see where residents are really supported by community amenities to stay active so you can plan your move towards a better living environment.

With a climate conducive to outdoor activities, a population that’s keen on physical activity, plus efforts from local authorities to preserve and foster better use of open space, Irvine emerges as the best city for active lifestyles. The Californian city enjoys about 2.4 fitness and recreational centers for every 10,000 people, almost double the national average, as well as beaches just 10 miles away – and they stretch for over 48 miles. Irvine residents are also very health-conscious, with the city emerging as the second-healthiest city in the US based on a combined ranking of...

Read the rest of this article at storagecafe.com...

Thanks for this article excerpt and its graphics to Mirela Mohan on STORAGECafé.