Voice of OC’s news team won a staggering 18 awards this year as it went up against the state’s top multi-million dollar news agencies with teams of journalists in the hundreds in the statewide journalism awards. 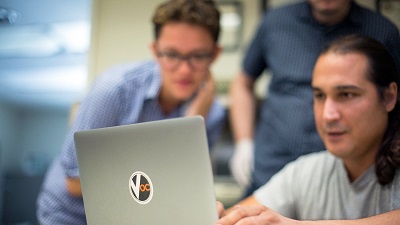 Voice of OC’s small news team has proved that it is bringing Orange County some of the best journalism in the state.

It is unparalleled for a news agency of three full-time reporters to have won 18 awards in the California News Publishers Association awards contest.

“An important example of accountability journalism.” “Moving.” “Local news presented in a smart manner.” “A scrappy nonprofit website that punches well above its weight.” “Packed with useful information.” “It’s nice to see some coverage of actual solutions that are educating people and giving other jobs.” “(The story’s) video, maps and great photography helped illustrate the story and its importance.”

All this praise was offered to the Voice of OC team in the middle of a pandemic.

The year that proved how the presence or absence of essential, independent local news can — in significant circumstances — mean life or death for the public.

A year when journalism had been whittled down to its very bone in news deserts across the country – yes, even in Orange County.

A year when thousands of people across Orange County stepped up and became Voice of OC donors — propelling this nonprofit and nonpartisan news team into the future.

This is the third year in a row that the California News Publishers’ Association has included digital outlets such as Voice of OC. See our previous wins in 2020 and 2019.

And remember, this award-winning work at Voice of OC comes to you free-of-charge, with no advertising disrupting the experience. But that also means we rely on your support to sustain and expand our efforts — please become a donor today.