Telltale Signs That a VC is Interested in Your Startup

An article we liked from Thought Leader Aaron Dinin, PhD on Medium: 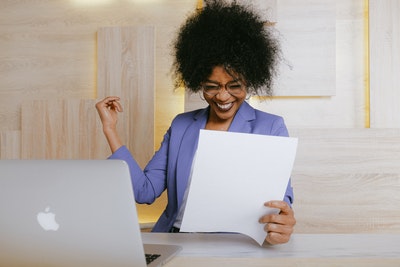 “I just had a great meeting with a VC,” a founder was telling me. “He said he’s meeting with his partners later this week and would discuss our company. What are the next steps for fundraising? Do they give us their term sheet? Or do we need to get with a lawyer to create a term sheet and then send it?”

“Hmm,” I said. “Maybe I missed something. Why do you think a term sheet is coming?”

“He said he really liked what we’re doing,” the founder responded. “When he asked if we had any other investors, we told him we have other people interested, but we were still looking for our lead investor to set the terms. He said they like to lead deals. Plus he told us he’d definitely be discussing us with his partners in their weekly meeting.”

“Did he hand you a term sheet?” I asked.

“Well, no,” replied the founder.

“Did he tell you he was putting together a term sheet?” I asked.

“No,” the founder said again.

“Did he do or say anything that explicitly indicated an interest in investing?” I asked.

“He asked what kind of terms we were looking for,” said the founder, though it was more a question than a statement.

I shook my head and smiled as I recalled being in the same position dozens of times. “None of that means the VC was interested in investing,” I said.

The founder looked dejected. “It doesn’t?” he asked incredulously. “Then how will I know if a VC is actually interested in investing in my startup?”

In my earliest days of fundraising, I was horrible at judging whether VCs were interested in investing based on their responses to my pitch. Admittedly, some pitches went terribly, and I could tell there was no way I was raising a penny from that particular investor. However, I left the majority of my fundraising pitch meetings thinking I had some non-zero chance of scoring an investment.

For the record, in my first three years of fundraising, I raised exactly...

Read the rest of this article at medium.com...

Thanks for this article excerpt to Aaron Dinin, PhD on Medium.

Photo by Anna Shvets from Pexels
Want to share your advice for startup entrepreneurs?  Submit a Guest Post here.