An article we liked from Thought Leader Yaro Starak:

There are a few key moments in the history of the internet where I remember feeling like a new wave was coming.

These are always exciting times because new means new opportunities, especially for entrepreneurs and those willing to dive in and build something.

If you manage to catch the wave as it is rising, your business or project will grow along with it. People will come to you. It will feel like pushing a snowball downhill rather than uphill.

The first time I saw a wave was the late 1990s when the dot com bubble was growing. This was the first time Internet companies were hitting mainstream media, and new businesses like eBay and Amazon were born.

I mostly missed this wave because I was in my late teenage years, too broke and too aimless to go after something serious online.

For the next wave however, I was ready. I was 25, feeling more confident and with more experience.

This new wave was commonly termed Web 2.0, and I jumped in early with a blog and podcast. I grew an audience and then created one of the first ever blogging business courses.

For the next ten years my online teaching business continued to be a success. I sold over $2 million dollars worth of my own digital products while living a pretty amazing life traveling the world.

Today I am 42 years old, and I am quite surprised to feel yet again the excitement of a new wave building, one that I plan to be a part of.

It’s called Web3, and in this article I’m going to explain what it is and how you can capitalize on it. It’s very early days, so you have a chance to ride this new wave too.

Let’s start with a recap of where we have been…

Web 1.0 was the World Wide Web. An easy to use graphical interface to view content online. To put it simply, Web 1.0 was websites. 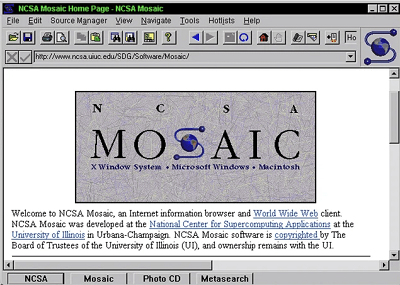 Web 2.0 took websites and made them interactive. A social layer was added, allowing people to post comments, replies and later interact in real time.

Mobile phones made Web 2.0 portable, resulting in an entire planet constantly publishing content — posts, pictures, videos — and interacting with each other.

Along with the explosion of the social web, Web 2.0 and mobile phones ushered in a new era of online commerce. From Uber, DoorDash, Tinder, AirBNB, Zillow, online banking and stock trading, Shopify, Spotify, Netflix, and every product and service you can imagine, are now sold online. Web 2.0 made a lot of people a lot of money.

Web3 is still very new and developing at a rapid pace, but it has its roots in the idea of decentralization, or put another way, open transparent networks of information governed by software and not owned by centralized corporations or governments.

Every business I’ve mentioned so far from the Web 2.0 movement is centralized.

Companies own what is created on their platforms and charge some kind of fee for taking part in the ecosystem they built. It could be a take rate, a transaction fee, a subscription fee, or they monetize attention by selling advertising or sell the data collected about users.

Companies control the rules, the data, decide how people access what they have built and how much people can profit. That’s not entirely a bad thing. These companies maintain infrastructure and employ thousands of people to keep everything running smoothly. Our world would be a lot less convenient without them.

However, there are negative aspects about centralization. It concentrates power in the hands of the few, it takes control away from the individual, and it stifles innovation as monopolies form.

While centralized companies have improved the standard of living for a lot of people, wealth tends to flow to a very small minority. As history shows, this problem gets worse and worse until the point where civil unrest in the general population boils over.

The end result is a break down of the centralized systems that led to so much inequality. Unfortunately these changes do not happen gently, and usually come with a lot of lives lost.

Now you’re probably wondering, how does Web3 play a part in all this?

Web3, as a concept, is about decentralization.

From a practical point of view, it means breaking down the ‘walled gardens’ of content and systems controlled by powerful companies. Instead, software sets the rules that everyone plays by, data is transparent and the individual owns what they create.

This might all sound nice, but until we have examples that demonstrate how web3 systems are better and more valuable than what has already been built, we’re still just talking about concepts.

Thankfully, we already have some examples that are taking off, but it’s still very early days. This is good, because it means you are learning about the opportunity at the most valuable time — just as the wave is building.

The first example of Web3 that has gone mainstream (at least in awareness, but not use), is...

Read the rest of this article at yaro.blog...

Thanks for this article excerpt and its graphics to Yaro Starak.