What Founders Should Do When the Market Goes Down

An article we liked from Thought Leaders Justin Kahl and David George of a16z:

A Framework for Navigating Down Markets

The market has taken a downturn, and every other blog or tweetstorm seems to offer the same general advice: conserve cash, extend runway, shift from focusing on growth to focusing on efficiency. 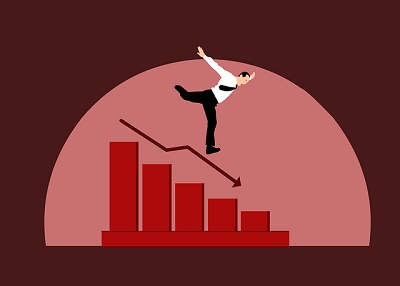 We’ve advised many of our later stage growth companies through market ups and downs, and we’ve realized that, when the market dips, founders crave advice that goes beyond the platitudes and provides a tangible framework to quantify the magnitude of the change in valuations and what it means for their next round and charting their future course.

In this post, we go through the diagnostic framework that we use when we sit down with founders: reevaluate your valuation, understand your burn multiples, and build scenario plans.

We start with quantifying how valuation multiples have changed (your valuation multiple is the ratio of your valuation to revenue). Here, public markets provide the best basis for recalibrating private growth valuations because public markets tend to see the effects of decreased valuations first. For instance, in the current market (as the graph below shows), median public company software valuations have dropped from 12x forward revenue to 5x or less since highs in October 2021, representing an almost 60% decline. The same goes for fintech and consumer internet companies, which are also down over 70-80%.

However, the impact on venture markets will not be clear until data for the coming months and quarters filters in, and even then, many deals announced in Q2 were likely priced in Q1. In other words, it can take 6+ months before we see what impact the public market downturn has had on venture funding.

Downturns hit different sectors differently, making it important to look at relevant public companies to best gauge where you stand. For instance, a year ago, it was common to see funding valuations for late stage private companies that were 100x of ARR (equivalent to run rate revenue). If you did your last round at $20M ARR, growing 3x, you may have raised at a $2B valuation.

But things look very different now. You can get a rough estimate for the change in your valuation by looking at leading public companies in your sector. If they’re down 60%, there’s a good chance you’re in a similar position. When looking at high growth public software companies, you’ll want to compare your ARR valuation multiple to...

Read the rest of this article at future.a16z.com...

Thanks for this article excerpt to Justin Kahl and David George of a16z.

Image by mohamed Hassan from Pixabay