The Importance of Growing the Startup Economy

An article we liked from Thought Leader Erik Torenberg:

How to Grow The Startup Economy

There's no natural limit on the amount of successful startups 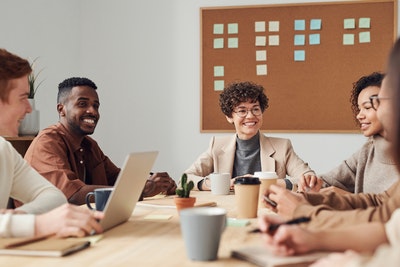 Why Growing the Startup Economy Matters

In a previous post On Economic Growth, I made the case for why growing the economy is a moral imperative. Since economic growth is positively correlated with almost everything we care about — from lifting people out of extreme poverty to improving life expectancy to overall life satisfaction — it’s something that should matter deeply to us if we care about moving humanity forward.

The Startup Economy is the sum total of all the economic value produced by fast-growing, innovative companies and the problems they solve. This includes the jobs that startups create, the services they use in their day-to-day operations, the support services that help create and fund them, and their direct economic activity.

Defined in this way, startups alone contribute an estimated $3.8 trillion per year to global GDP; in the US, startups contribute disproportionately to job creation and economic growth given their collective size relative to the rest of the economy. Though startups account for only about 10% of US companies, more than 20% of job creation in a typical year is generated from startups. Most startups fail, but if a startup survives, it is likely to have higher average net output growth and productivity growth than its more mature counterparts.

In addition to creating most net-new economic activity, startups solve problems in ways that big corporations or governments can’t. Often, startups are the first to come up with the best solutions for the world’s most pressing problems (from healthcare to financial inclusion to new energy sources)

There are ways to solve these problems that don’t involve startups, but in comparison, these big corporate or government or regulatory solutions tend to be poorer quality, more inefficient, take longer to implement, and/or involve some form of (legislative) coercion to accomplish.

Instead of coercing a consumer to do the right thing, startups can create new solutions that align consumer preferences with the public good. Startup-driven solutions to global challenges therefore often provide an option that makes the consumer and the world better off without incurring the costly trade offs and unintended consequences that often come with policy-driven solutions, or the wasteful inefficiency that typically plagues large organizations attempting to innovate.

For example, take climate change. The traditional solution to climate change is to implement carbon taxes and agreements to limit carbon emissions. These fail because of collective action problems (carbon-emitting industries can just move to non-treaty-abiding countries).

The startup solution to climate change, on the other hand, was Tesla. Tesla proved effective in fighting climate change because it provided an alternative to greenhouse-gas-emitting vehicles that was a better product on its own merits, thereby aligning consumer self-interest with a larger problem we need to collectively solve. No one has to sacrifice by driving a Tesla. In fact, a Tesla is a better car than its ICE counterparts.

Because of their disproportionate impact on driving solutions to big problems, creating new jobs, and economic output, it seems clear that the best way to increase economic growth is to...

Read the rest of this article at eriktorenberg.substack.com...

Thanks for this article excerpt and its graphics to Erik Torenberg.

Photo by fauxels from Pexels