An article we liked from Thought Leader DC Palter: 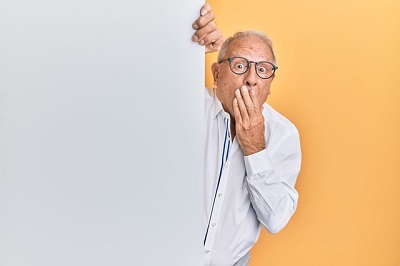 I began angel investing in 2009 during the depths of the financial meltdown. Looking back on those investments, I made some serious errors and bad investments that I want to avoid during this next downturn.

With rising interest rates and falling stock markets, the anything-goes days of venture investing are over, at least until the next boom. Crunchbase reports a 31% drop in global VC funding in 2Q this year compared to the previous quarter, and a 38% drop compared to last year. The pain seems likely to get worse.

A few weeks ago, I wrote about the steps startups should take to weather this funding storm. Today I look at the other side — what angel investors should do, and not do, using my own mistakes and failures from the last downturn as a guide.

I am by nature a contrarian and a bargain hunter, or to put it in a favorable light — a “value investor.” It’s served me well. While everyone else was running away in 2009, I bought a pile of public stocks and S&P index funds at cheap prices.

Then in 2010, at the height of the financial carnage, I bought a house. I’d like to think I was brilliant and courageous, but mostly it was the first time I could afford a house after the decade long runup in prices. While I poured over spreadsheets of comps and financial projections, my wife put her foot down in the yard and declared this our new home for her collection of plants. That turned out to be my best investment ever.

I took that same value investing approach to angel investing after the crash. It didn’t work. In fact, it was exactly the wrong way to be successful investing in early-stage startups.

So as we prepare for the next downturn, I’ve examined what I did wrong last time so I won’t make the same mistakes again.

Promising startups that failed to hit their targets called for drastic action.

Everything the company had done before was out the window; these were different times. A new CEO was brought in with a new executive team and new investors. They’d start over with a new plan that would leverage the huge investment that had previously been put into the company.

The new investment would be at a fraction of the previous price. Existing investors had their equity wiped out.

It sounded great, impossible to pass up, like shopping at a liquidation sale with everything 80% off.

There was one complication. The previous management team, previous board, and previous investors weren’t excited about the plan. In fact, they were downright pissed.

So the company ended up in an ugly standoff with two boards and two sets of investors each claiming to own the business. It would have ended up in court if there had been anything worth fighting over. Instead the company died a painful, angry death.

Lesson learned: Recaps sound like a great opportunity for new investors, but you’re inserting yourself into the middle of a disaster that’s unlikely to end well. Best to stay far away.

2. Bargains are Not Bargains

Even when the company isn’t being restructured, down rounds where the valuation drops are common in a downturn. And for a value investor like me, awfully tempting.

If the startup seemed expensive at a $10M valuation last year, how about $7M now that they’re a year further along?

Most of my first angel investments fell into this category, picking up what I thought were bargains after earlier investors stopped investing.

Unfortunately, what works for public stocks and real estate doesn’t work for startups. At least not if I’m planning on making only small investments and counting on other investors to fill out this round and the next.

What happened nearly every time was the startup planned to raise $1M to carry them for the next 18 months. With most investors on the sidelines, they struggled to raise even $500K.

That forced them to reduce their burn rate, which meant cutting staff and reducing salaries. Key employees left. Customers were lost, development slowed. The company struggled.

Six months later they were back raising again without having made much progress. And now they were really in a pickle.

At that point, the company either died, or they came up with a grand plan for a recapitalization. This time I was on the other side as shareholders got wiped out by the next group of investors.

Lesson learned: There are no bargains. It only looks like a bargain because...

Read the rest of this article at entrepreneurshandbook.co...

Thanks for this article excerpt to DC Palter.

Photo by krakenimages on Unsplash