An article we liked from Thought Leader James Currier of NFX: 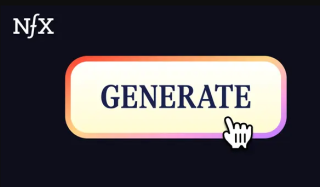 The biggest change to the Internet since crypto just happened.

A whole new world of applications opened up to Founders in the last 6 months.

We now have high-quality, cheap, fast AI models for generating text, images, videos, software code, music, voice, 3D models and more – none of which is copyrighted, and is not plagiarized.

Generative Tech is the next step in software. It’s a new level of human-machine partnership. It turns deep learning engines into collaborators to generate new content and ideas nearly like a human would.

Some have called it “Generative AI,” but AI is only half of the equation. AI models are the enabling base layers of the stack. The top layers will be thousands of applications. Generative Tech is about what will actually touch us – what you can do with AI as a partner.

The Generative Tech sector is developing at such a pace that it has already been validated by real revenues and high valuations, even though we collectively didn’t have a name for it until a month ago. 18 months after launch, Jasper apparently reached nearly $100M of revenue and a $1.5B valuation. Open AI, which powers GPT-3 and other AI models, is rumored to be raising capital at a valuation of many 10’s of billions. Anthropic, another large model builder, has raised over $700M.

NFX started investing in the space two years ago and has invested in four Generative Tech companies so far with more to come.

This week we added Generative Tech as a new investment category on Signal, the network where investors show Founders what they like to invest in. If you are an investor or an angel who is focused on this new area, head to Signal and change your profile so you show up on the list of Generative Tech investors.

Founders: Today, we are encouraging you to create companies in this area now to catch the best part of the tech adoption cycle. This essay is for you.

So What’s New About Generative Tech?

Generative Tech changes the topology of the Internet because now 1) unique pieces of content are 2) generated at the edge of the network 3) in real time by your action. That’s a major shift, which typically opens up Founder opportunities. 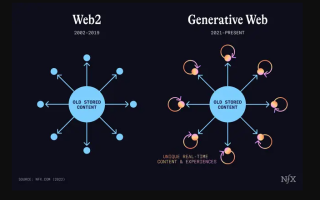 Read the rest of this article at nfx.com...

Thanks for this article excerpt and its graphics to James Currier, General Partner at NFX.